from our online book, Tsarskoe Selo in 1910 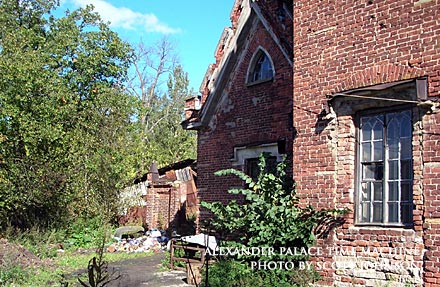 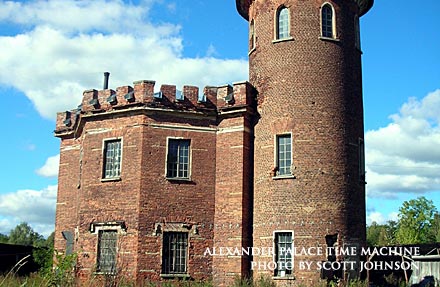 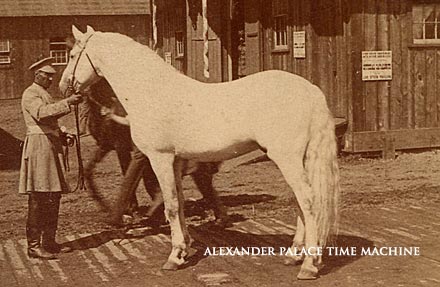 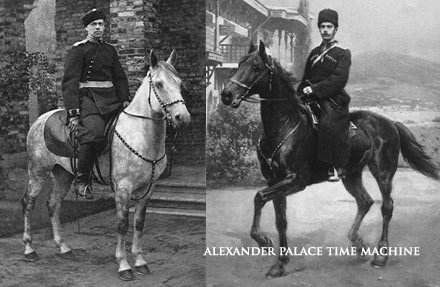 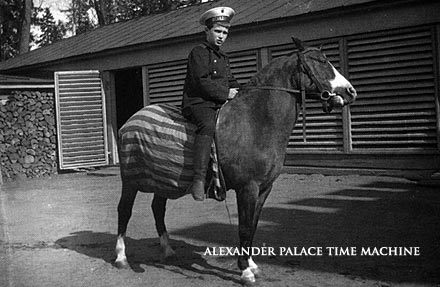 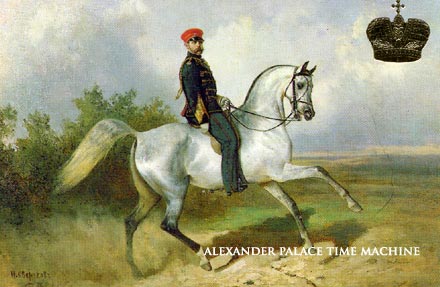 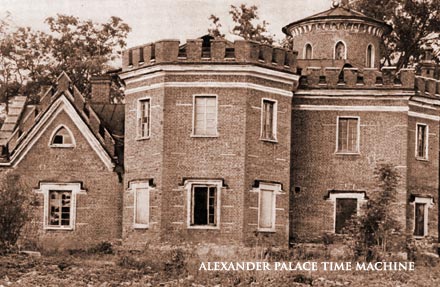 (note: The picture above shows the condition of the building after WWII. We hope we can get some recent photographs soon.  Send us some, please! Bob Atchison)

At a few paces distant from the guard house, is the Llama Bridge, where a narrow foot path begins; this footpath was made in 1907 and connects the bridge with the Stable for old imperial horses, which lies deep in the park not far from the fence in the direction of the Imperial farm.

Up to 1826 their Majesties' old saddle horses spent their last days as "pensioners" in the stables at St. Petersburg. But in January of that year, the Emperor Nicholas Pavlovich, after examining the register of saddle horses which had belonged to His Majesty the Emperor Alexander Pavlovich, ordered that eight of them should be transferred to Tsarskoe Selo where a special dwelling was to be prepared for them; in summer a stable was to be built near the farm where the old horses could walk about as they liked.

At the same time, an Imperial order was given to build a separate house not far from the farm. In consequence of this order, a special building called the Retired Horse's Stable", was built in 1827 by the architect Menelas.

The Stable is a small two-storied building of stone with a round tower at one side. Eight stalls and a small semicircular room, in which formerly was kept the harness, are in the story below. The harness was afterwards sent to the Stable Museum in St. Petersburg. The room, which is still called the museum, has furniture in the Anglo-Gothic style, which was such a favorite with the architect Menelas. The upper story is occupied by the groom and stable men. The yard of the stable is surrounded by wooden farm buildings.

The old horses are allowed to walk about in the meadow during summer. On the other side of the stable is a burial ground where a row of marble slabs mark the resting places of the favorite horses. Here lies "Ami" the horse that was with the Emperor Alexander I in Paris; "Flora", the horse that carried the Emperor Nicholas at Varna; and "Cob" the horse, which the late Tsar Alexander III used to ride, when he reviewed his troops.

The wish of the Emperor Nicholas I (which, he expressed during the first month of his reign) that the old horses of his August Brother, Alexander I, should be properly looked after, is religiously carried out; the Imperial saddle-horses spend their last days in a beautiful stable; in summer they are allowed to wander at liberty; and their bones, are laid to rest here under marble slabs, which bear witness of their faithful service to their August Owners.

Timothy Corrigan, a Pallasart client, is one of the most celebrated interior designers in the world.  He has offices in Beverly Hills and Paris.