from our online book Tsarskoe Selo in 1910 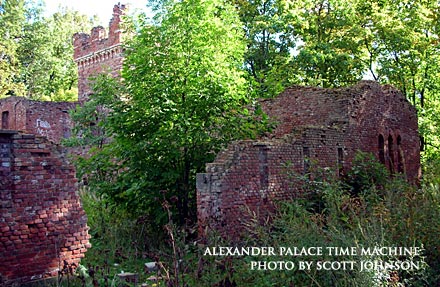 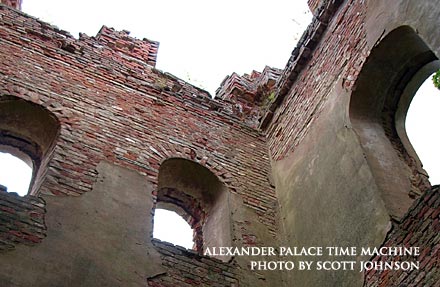 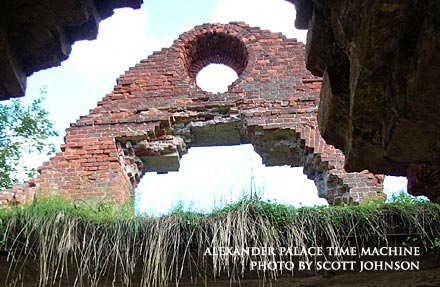 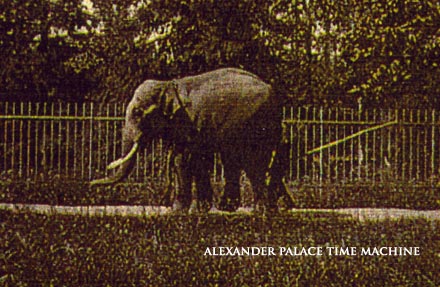 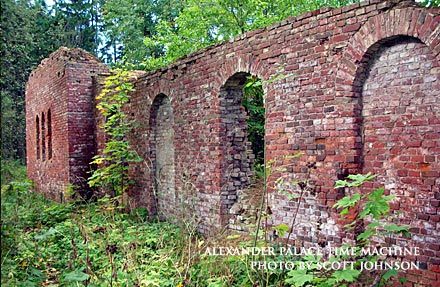 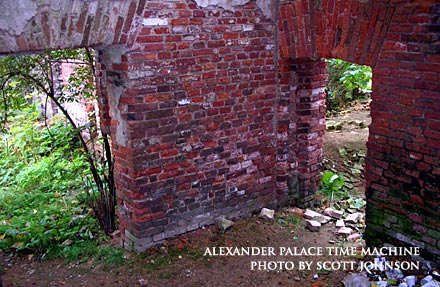 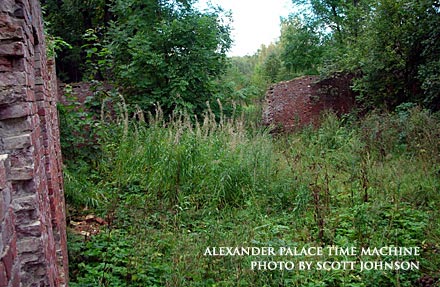 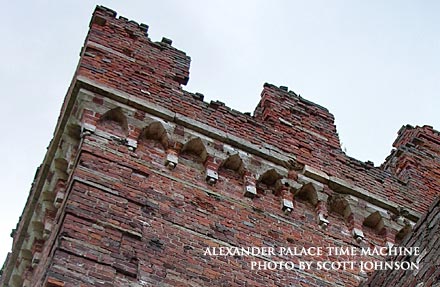 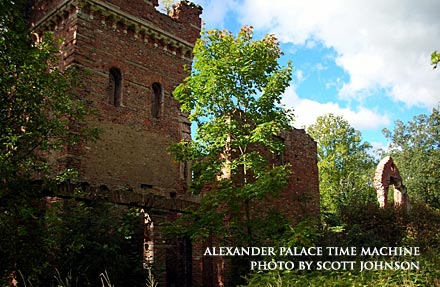 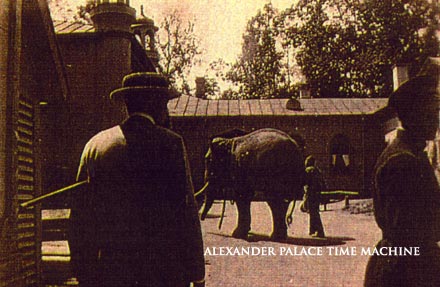 Note: The Llama House lies in ruins in the Alexander Park, our thanks to Scott Johnson for the photographs showing the building today - Bob Atchison.

The Llama House, or Photographic Pavilion, was built in 1822 from a plan of the architect Menelas for llamas brought from South America. Besides stables and a small manege for these animals, a house for their keeper, a store house and a tower 56 feet high with a small resting room, were built at the same time. On the walls of the room are to be seen some colored engravings with views from Central and South America painted by Schuch. In 1860 the Monighetti built on the spot of the gallery, which was over the store-house, a photographic pavilion adding a staircase, another room in front of the pavilion and a darkroom in the tower. At the present time deer which were brought from Mongolia by the Lieutenant-Colonel Yukovsky, are kept in the Llama Manege.

The keepers' quarters are now occupied by park rangers, while the photographic pavilion is now empty. The furniture of the tower room is of Russian work in Empire style.

On the road, which leaves Fir Avenue near the Llama House and runs in the direction of the Stolbovaya, is a decayed wooden pavilion decorated with small turrets and surrounded by a square yard with servants' quarters and sheds. This is the Elephant House. The pavilion was built in 1828 by the architect Menelas. In the same year some elephants, which belonged to the Emperor, were brought here from the Volinkin Dvor in St. Petersburg.

Apparently these elephants soon died, for in 1832 there was correspondence with the Palace Administration about the arrival at Tsarskoe Selo of the first elephant, which was brought by three Afghans. The second elephant was presented to the Emperor by the Emir of Bokhara and reached Tsarskoe Selo in 1849. This female was brought from India by the Khan of Herat when she was three years old. She was sent by him to the Emir of Bokhara who, two years later, sent it to St. Petersburg. It took the elephant 88 days to walk from Bokhara to Orenburg, where it spent the winter; it reached Nizhni-Novgorod in 57 days. From Nizhni to Ust-Ijora, on the Neva, the elephant was taken by boat along the Tichvinka in 86 days. The elephants were kept at the pavilion until 1860, when they were ordered to be transferred to M. Kreitsberg's Menagerie in St. Petersburg. In 1870 the Emir sent to the Emperor three elephants, of which one was kept at Tsarskoe Selo, where it lived till 1872, when it was given to the Zoological Gardens in St. Petersburg. Finally a young elephant, brought by His Imperial Majesty from his travels round the world, arrived at Tsarskoe Selo in 1891 and in 1896 another elephant, which was sent as a present to His Majesty from Abyssinia, was also brought here. One of these elephants (the Siamese) died in 1902, but the other is still alive and is looked after by a Tartar, who is very willing to show it to visitors. This elephant is remarkable for its good temper and its obedience to its keeper; in summer it has its freedom and bathes daily in the nearest pond of the Alexander Park. In the same pavilion are quarters for the keeper and park rangers. The Elephant House lies in the neighbourhood of Fir Avenue not far from Stolbovaya Road and near two stone guard houses, where the already mentioned Staro-Krasnoselskaya and Novo-Babolovskaya roads commence. These guard houses stand symmetrically at the sides of an iron gate, which forms one of the many entrances into that part of the Alexander Park, which is cut off from the rest by a white iron palisade. The guard houses serve as quarters for two of the park rangers. That part of the Alexander Park, which is surrounded by the palisade, is open to visitors only during the absence of the Imperial Court from Tsarskoe Selo. 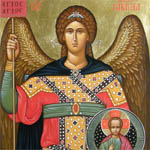 Top 10 Reasons NOT to Move To Austin

Learn about the hidden dangers of moving to Austin on one of Pallasart's most popular blog articles, visited by thousands of people every day.