Nicholas was the third son of Paul and Maria, born while his father was still Tsarevich on June 25, 1796. His Grandmother, Catherine the Great, marvelled at his size at birth, calling him the 'colossus'. At first, following the practice she had followed with his two older brothers, Catherine whisked the infant Nicholas into her private quarters and began to raise him herself. At her death five months later Nicholas was back in the care of his parents. Maria had little time for her children and seldom saw them. When she found a few hours to spend with them she was cold and distant. On the other hand, Nicholas remembered his father, Paul, as being more loving and considerate.

He had a younger brother, Mikhail, and together they grew up in the care of an old General, named Lamsdorff. As a third son, there was little expectation of his ever coming to the throne and his education was not as broad as that of his older brothers. Nicholas was not an attentive student, except on those subjects that interested him, like the recent events of the French Revolution.

He was a very attractive man. On a visit to England in 1816 women found his fine Grecian nose, handsome face and imperial bearing an irresistible combination. One aristocratic English lady predicted he would become 'the handsomest man in all Europe.' He fell in love with the delicate and frail Princess Charlotte of Prussia, whom he called Mouffy, and married her on July 1, 1817. His 21st birthday had just passed and by this time it had was assumed that he would probably become heir to the throne; Alexander I and Elizabeth had no children between them and Konstantin, the next in line, was clearly not suited or inclined to succeed. The Alexander Palace was loaned to Nicholas by his older brother and they made it into their principal residence outside St. Petersburg.

In December 1825 Alexander I mysteriously died in the faraway city of Taganrog. He had prearranged that Nicholas should succeed him and had given secret orders to this effect. In the confusion that followed Alexander's death, a small group of aristocratic officers, later called the Decembrists, revolted in favor of Konstantin, whom they thought would be more lenient than his brother. After some initial hesitation, Nicholas firmly crushed the revolt and was recognized as undisputed ruler of the Russian Empire.

He firmly believed in the autocracy. Nicholas saw himself as God's general in charge of Russia's well-being and every citizen as his subordinate. He insisted his will be followed at all times and ruled the Empire personally. Unlimited power, such as held by Nicholas, would have been a disaster in the hands of an immoral or unscrupulous man. The new Tsar was neither. Nicholas was a convinced Orthodox Christian and truly felt he was accountable to God for his actions. He felt his own service to the nation was the prototype that all Russians should follow. Nicholas' attitude was rigidly military. His narrow-mindedness and egotism created the "Nicholas System", based on "One Tsar, One Faith, One Nation". During his reign all other nationalities and religions were oppressed and subject to "Russification", an effort to pound the Empire into a cohesive whole centered on these three precepts. It didn't work; millions of non-Russians - such as the Poles, refused to surrender their nationhood and non-Orthodox faiths. Hard, oppressive force was necessary to subjugate them.

Nicholas reign saw the first, genuine flowering of the new Russian culture that his Grandmother Catherine had planted. Literature flourished among the aristocracy and produced poets like Pushkin and Lermontov. For the first time the lower classes produced a literary giant in Gogol, with his stark picture of life in the countryside. The Russian intelligentsia, small as it was at first, was born. Nicholas was despised by them. He took a personal involvement in their lives which was insulting, and oppressive. He decided which of their works was published and which were not. Rather than leaving such activities to his secret police and their professional censors, he thoroughly read the books and articles he then supressed, thinking their ideas dangerous for the masses.

Nicholas was deeply troubled by the forces the masses could unleash. He feared another peasant revolt like that of Pugachev in the reign of Catherine the Great, which would ruin the Empire and weaken Russia before her foreign enemies. His reign saw the triumph of the state bureaucracy, where rank was increasingly based on service to the nation and not birth. People of lower class birth saw themselves propelled into the ranks of the nobility through service, much to the chagrin of the landed nobility.

Nicholas' reign was a period of great corruption and the arbitrary use of power. He was opposed to corruption and made much effort to stop it when ever it came to his attention, but the roots of corruption and violence in society were fed by the nature of autocracy itself. The Tsar was fed phoney, positive stories about conditions in the country by the very bureaucracy which oppressed it. Unfortunately, he placed his faith in the state infrastructure that 'loyally' fulfilled his directives and was the chief pillar beneath the autocracy; rather than his people, whose 'uncontrollable urges' he feared.

To his credit, Nicholas knew that serfdom was the cancer at the heart of the nation, but his feeble actions to do something about the condition of the peasantry actually made their situation much worse.

At the end of his reign many felt his rule had been a disaster for Russia. He had given the Empire many years of peace, that were broken by few wars and internal uprisings. This had been done at enormous personal sacrifice and effort on Nicholas' part. Many years before his death he was an exhausted, broken man. He had come to realise that many of the things he considered his greatest accomplishments for Russia - such as her great international prestige and power - were, in fact, illusions that had been the built at enormous effort and great sacrifice by his people. When the fall came, it came quickly. Russia bungled her way into an unecessary war on her own territory, in the Crimea. The European powers, France, Britain and Austria found themselves alligned with the Turkish Sultan against Russia. The Tsar's army could not drive the foreign armies from the country due to a lack of supplies and men at the front lines. Russia was humiliated by her failure. The giant, European superpower image of Russia Nicholas had so carefully crafted could not be supported by the country's lack of basic infrastructure such as roads and railways. Nicholas was crushed by the defeat, which he accepted as a sign of his personal failure as Tsar. He died of a bad cold, on a dark winter morning, February 18, 1855, in his bed at the Winter Palace.

The country and crown he passed to his son, Alexander II was to prove even more insecure and dangerous than the one he had inherited 30 years before. Years of Nicholas' hard work and effort had proved inadequate to the size of the job at hand and many of his programs had failed. No European rule r of his time had been more devoted to serving his country, yet resolve, hard work and good intensions were not enough to counter his reactionary and narrow political views which held Russia back. No autocratic ruler could simply issue a series of orders for Russia to advance and modernize (unless one was willing to sacrifice millions of subjects) and see it accomplished. The world was advancing at a quicker pace than Russia, who was left further and further behind England, France and Germany. New steam trains, the beginnings of industrialization and the achievements of Russian culture were superficially impressive but inadequate to face the challenges at hand - both internal and from abroad. As long as serfdom and autocracy survived these two millstones around Russia's neck would hold the country back from prosperity she deserved and hence deprive the nation of botgh internal and external security. 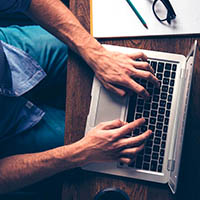 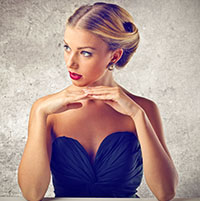